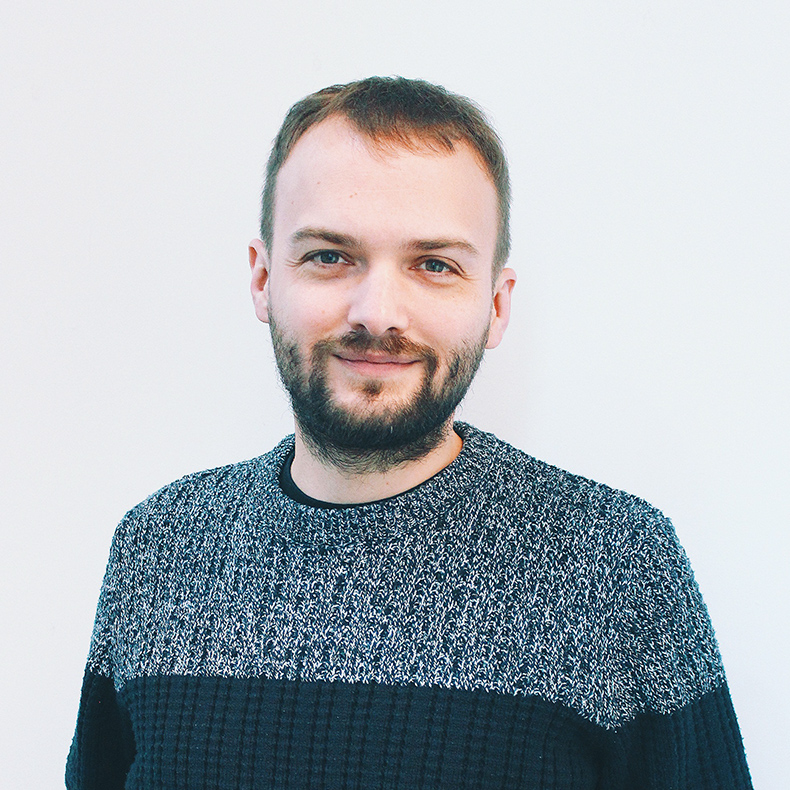 For the last few months, we’ve all been eating, sleeping and drinking COVID-19.

It's everywhere. It can feel like you can’t turn your attention to something else for five minutes without somehow circling back to the subject - from how to survive it to how to solve it.

At first I reacted by trying to ignore the constant news stories. I tried to go cold turkey; I stuck my head in the sand for a while but sadly there was no escape. I, instead, decided to conduct a thought experiment in order to explore solutions or improvements that could somehow help the situation or at least help me process it in some way.

I have been looking for ways to practice and improve my first principle thinking, inspired by one of my idols, Elon Musk, and this complex subject seemed like a good way to exercise my thoughts. A first principle is a basic assumption that cannot be deduced further, encouraging the individual to actively question everything that they think they know about a subject or a specific scenario before building knowledge and solutions from scratch.

It’s important to note, however, that I am not an expert. I am merely conducting a thought experiment based on my own research outside of any professional capacity.

To be able to conduct this thought experiment, I’m going to assume a few base facts. The internet is debating the validity of certain facts but, for the purpose of this experiment, I don't want to add to the debate and further complicate matters.

It's assumed COVID-19 is a disease that is caused by a virus called SARS-COV-2. So for the purpose of this experiment that fact is not debatable.

It's assumed that COVID-19 cases will/have become a problem and will severely affect health care systems, causing direct and indirect deaths above the norm. The level of the severity of the problem is not something I will debate here as it's assumed it's severe enough.

So how do we solve the COVID-19 pandemic?

A virus has a single principle function, not unlike most life on Earth, which is to endure.

To endure it must make copies of itself to guard against physical damage e.g. so as not to put all of its eggs in one basket. It must then have a way to adapt to its environment, as the environment will change over time. A virus spreads using a host. It cannot reproduce on its own so it has to hijack host cells and use their reproduction system to make copies of itself and spread.

This is the first principle starting point.

So, how can we stop the virus from spreading?

Track every infected host and prevent them from passing it on by isolating them.

In practical terms, however, this can be close to impossible to achieve as you’re not able to detect and track the virus at the point of infection.

By the time you have your first case in the hospital, that host has most likely spread it to others. If you act quickly and manage to track every possible contact, maybe you’ll be lucky enough to contain the virus early.

Realistically, however, the best you can hope for with this particular approach is to slow the progression - which is surely worthwhile but it’s not a solution.

This is the system that has been employed by nature since time began. The idea is to let the virus spread in the hopes that populations will eventually become immune. Within this particular context, anyone that cannot achieve immunity then dies and is removed from the gene pool - that’s if they’ve died before they had offspring. Nature, whilst hugely important and often miraculous, is also incredibly harsh.

But the key thing to remember here is the gene pool removal element.

It seems that COVID-19 has a large bias towards causing fatalities in the elderly, so in this respect, the population won't be getting any better at fighting off future outbreaks as they’ll have already had their offspring.

The virus also has a tool to counter this ‘herd immunity’ defence.

As it spreads from host to host, it will mutate and evolve. The copy process is not perfect and since the virus uses host cells it can look a little different from host to host. If there is a huge population petri dish for the virus to run wild in, the chances of it mutating into something much worse, or something that will need a different immune response, is greatly increased.

Herd immunity, as I said, has been in action for thousands and thousands of years yet viruses are still very much here. Thus, in my opinion, herd immunity doesn't really do that much to prepare us for the next outbreak and isn’t a viable solution - especially when it has the potential to deeply affect the most vulnerable people in society.

We could create a vaccine that will employ the host's natural defence system to produce an immune response that will prevent the virus ever taking hold and making the host infectious.

This is the same as the option above but much less deadly and generally much more pleasant for the host. So this must be the solution right?

Well if we could instantly make, test and distribute a vaccine...the answer would be yes. However, in practical terms, even if we had a prospective vaccine, we can't skip the testing and trials phase which unfortunately can take months or even years.

The vaccine has to be tested to make sure that giving it to masses of the population won't end up producing unforeseen side effects that are even worse than the original problem. Once a vaccine has been found, it will then need to be mass-produced on an unprecedented scale which will require a wealth of time, money and resources. So sadly, this isn’t an option that solves the problems we’re currently facing.

So far we are left with two choices: do nothing or opt for containment.

We tried to do nothing at first but that started to get scary, so now we are left with containment.

The problem with containment.

It just buys us time. Time to either accept the fact that nature will take its course. Time to adapt our health systems as best we can. Time to accept that we may be doing this on a routine basis in the future.

Let’s address the elephant in the room: the economic impact of containment.

What sort of impact will it have on the economy?

We will only come to understand just how unprecedented in the coming years. Containment may even prove to be more deadly than the virus itself in the long run. That's something we will discover in time so we should instead focus on the things that we can improve.

The resounding issue with containment is that it can’t last forever. So, when do we lift it?

Let’s circle back to immunity.

The solution is to make people immune.

The more immune, the less hosts for the virus and the less chance of it spreading.

Since we cannot yet become immune using a vaccine, we can look at the current cases, establish patterns and profile the virus in order to understand it better.

This gives us two groups - those for whom the virus is dangerous and those for whom it is not (with a lot of grey area in between that we’ll have to dump in the dangerous half). We could have a vast population of hosts for which contracting the virus is not a problem, the only issue would then be protecting the most vulnerable and preventing the mutation of the virus.

If we can eliminate these two factors and infect these hosts, we have the potential to create a healthy batch of immune people within a few weeks. These people would be useful in any position that requires public contact. They could, for example, return to work and start to rebuild life as we knew it.

So how could we achieve this?

Bear with me on this one, but for the purposes of this thought experiment, what if we could culture the virus in a controlled way so as to minimise its deviation from the original strain?

With this pure batch, we could start to deliberately infect hosts that have been pre-selected to be low-risk. We could quarantine them in a specialised facility with adequate comfort and fast emergency response provisions.

Cruise ships or empty hotels could be adapted to facilitate this process. Patients with the means could even pay or companies could subsidise their stay knowing that in return they’ll have a healthy, immune employee that's able to go back to work. At first this type of controlled infection could be reserved for front line workers but, if successful, it could expand.

This may sound extreme but a controlled infection like this may actually be a way to safely allow people to come out of lockdown. Although the current lockdown is serving a purpose, if we used this time to infect the low-risk hosts, they could be healthy within a few weeks and be able to start rebuilding.

As it currently stands, when we eventually return to ‘normal’ life, we aren’t going to have a large section of the population with immunity so what's to stop this problem coming back?

This ‘solution’ does, however, ask some big ethical and logistical questions:

In reflecting on this thought experiment, the scale of the human, emotional and ethical problem that we’re currently facing really hit me.

I had originally used different words to describe the ‘hosts’.

Go back and replace every ‘host’ with ‘grandparent’ or ‘parent’ or ‘sibling’ or ‘child’ or ‘friend’ or even ‘patient’. Whilst it’s interesting to run these thought experiments and ponder viable solutions, we cannot ignore or understate the very real consequences of them.

There's no question that hard decisions and sacrifices will need to be made and are already being made across the globe.

The best we can do is to make sure the decisions we make are informed, well-considered,  debated extensively and are based on both science and factual evidence. If we adhere to these practices, maybe we can improve the final outcome.